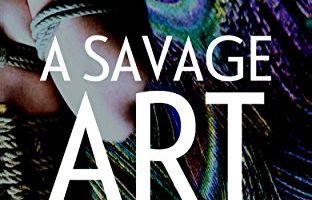 An online contact I've known for at least ten years, but never met in person, has recently published her first novel, a crime fiction cracker, A Savage Art: An irresistible desire, a dark revenge... (Fahrenheit Press, 27 Oct. 2016) Having witnessed (albeit remotely) her dedication to developing the quality of her craft for her novel, … END_OF_DOCUMENT_TOKEN_TO_BE_REPLACED 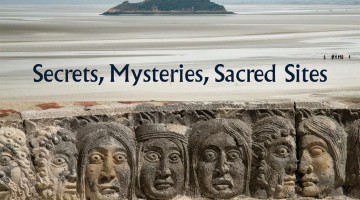 Nick Inman’s beautiful book about ‘Mystical France – Secrets, Mysteries, Ancient Sites’, published by Findhorn Press, £14.99, is an exciting and useful addition to any travel library. And it is a volume particularly pleasing to me given our recent purchase of a lovely 17th Century Manoir in South West France, a house and land which are … END_OF_DOCUMENT_TOKEN_TO_BE_REPLACED 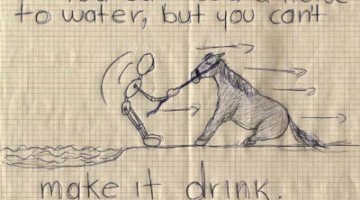 Christine Miller Remember the ancient proverb: “You can lead a horse to water, but you can’t make it drink”? So well known it’s often abbreviated - yet we still know exactly what it means - and frequently delivered with an air of resignation. It sums up neatly that sense of frustration experienced when we show people - our employees, … END_OF_DOCUMENT_TOKEN_TO_BE_REPLACED 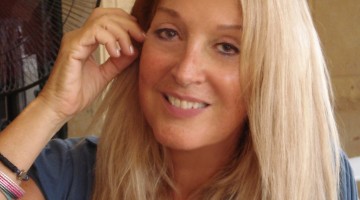 An Interview with Vassula Rydén, author of 'Heaven is Real But So is Hell' Christine Miller On her recent visit to London I had a long conversation with Vassula Rydén, Founder of 'True Life in God Foundation', who has been receiving and recording messages she believes are from God since 1985, when her life radically changed from … END_OF_DOCUMENT_TOKEN_TO_BE_REPLACED 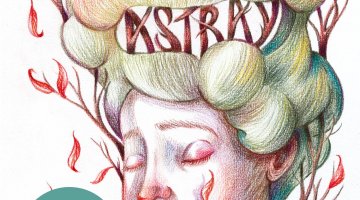 ‘Of Things Gone Astray’ by Janina Matthewson is a quirky, engaging read, with an almost mystical, fairy tale quality, which cleverly links a diverse set of characters, events and objects with a subtlety that had me going back to check my previous understanding of the narratives. There are hints of past and future connections … END_OF_DOCUMENT_TOKEN_TO_BE_REPLACED 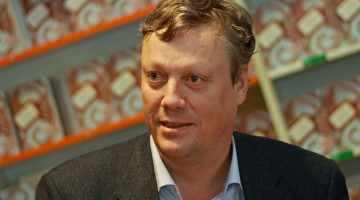 Christine Miller I read the novel 'The One Hundred Year Old Man Who Climbed out of The Window and Disappeared'  by Swedish author Jonas Jonasson back in early 2013, and thoroughly enjoyed it, finding it very amusing and entertaining. So when I saw that the film was out, I immediately wanted to go and see it. It's always a risk to … END_OF_DOCUMENT_TOKEN_TO_BE_REPLACED 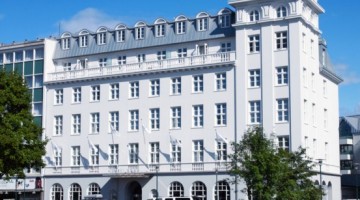 Christine Miller   Our Home from Home in Reykjavik We were privileged to visit Iceland in April, as guests of the Spirit of Humanity Forum, whose conference was entitled 'Love and Compassion in Governance'  - a topic very dear to my heart as it's been the subject and object of my research for the past few years. I was thrilled to … END_OF_DOCUMENT_TOKEN_TO_BE_REPLACED 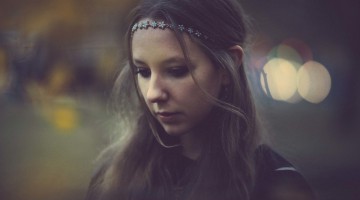 Thanks to The Southbank Centre, where I entered a re-tweeting competition, I won a copy of Lyla Foy's newly released CD album 'Mirrors the Sky', which arrived today. I'm on the third listening now, and it's very melodious and almost understated, mellow, with echoes of Enya, a touch of Kate Bush, and a haunting original richness and … END_OF_DOCUMENT_TOKEN_TO_BE_REPLACED

A Truly Compelling Read Christine Miller  “The heat is like another person to push past as I make my way along the platform. I board the train although I don’t know whether I should, after all. I sit tense amongst the commuters, moving with the carriage and the crowds from my old life into my new one.” Tina Seskis’ forthcoming … END_OF_DOCUMENT_TOKEN_TO_BE_REPLACED 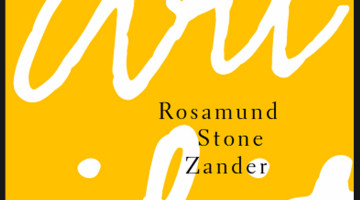 Review: The Art of Possibility: Rosamund Stone Zander & Benjamin Zander ISBN: 978-0-87584-770-2 Pub 2000 Harvard Business School Press US$24.00 UK £16.00 Still a bestseller, this book is a wonderful inspiration. I read Rosamund and Benjamin Zander’s book ‘The Art of Possibility’ some years ago, and I was so enthralled with it that … END_OF_DOCUMENT_TOKEN_TO_BE_REPLACED

On-Demand: Industry luminaries, @itilso & @MatthewKBurrows discuss strategies for getting ahead of the #digitalskills shortage by leveraging #SFIA (Skills Framework for the Information Age). https://bit.ly/SkillsShortageWebinar #PassionForPotential

Your Ultimate ReSource is a supplier of premium knowledge for intelligent people who know their personal growth underpins all other aspects of their progress in life: the Ultimate ReSource for cutting edge information and fast, practical ideas for a better, happier life. Your Ultimate Resource is dedicated to growth, to Kaizen principles, to global community and to the development of the ultimate human resource – the whole person - as the essential factor for beneficial change. Find out more about ReSource here

All material published on this website is ©Copyright of either the original Author/Creator  and/or www.yourultimateresource.com or resourcemagazine.co.uk or Porto Publishing. Copying or reproduction of the material in any form is prohibited under International Copyright Laws.
Contact us with full details of how material is to used, to obtain formal permission to reproduce material.
Members purchasing copies do so for their personal use only.

We use cookies on our website to give you the most relevant experience by remembering your preferences and repeat visits. By clicking “Accept All”, you consent to the use of ALL the cookies. However, you may visit "Cookie Settings" to provide a controlled consent.
Cookie SettingsAccept All
Manage consent

This website uses cookies to improve your experience while you navigate through the website. Out of these, the cookies that are categorized as necessary are stored on your browser as they are essential for the working of basic functionalities of the website. We also use third-party cookies that help us analyze and understand how you use this website. These cookies will be stored in your browser only with your consent. You also have the option to opt-out of these cookies. But opting out of some of these cookies may affect your browsing experience.
Necessary Always Enabled
Necessary cookies are absolutely essential for the website to function properly. These cookies ensure basic functionalities and security features of the website, anonymously.
Functional
Functional cookies help to perform certain functionalities like sharing the content of the website on social media platforms, collect feedbacks, and other third-party features.
Performance
Performance cookies are used to understand and analyze the key performance indexes of the website which helps in delivering a better user experience for the visitors.
Analytics
Analytical cookies are used to understand how visitors interact with the website. These cookies help provide information on metrics the number of visitors, bounce rate, traffic source, etc.
Advertisement
Advertisement cookies are used to provide visitors with relevant ads and marketing campaigns. These cookies track visitors across websites and collect information to provide customized ads.
Others
Other uncategorized cookies are those that are being analyzed and have not been classified into a category as yet.
SAVE & ACCEPT
Copyright © 2022 ·Your Ultimate ReSource · Porto Publishing · All Rights Reserved · Log out